Makenzie is beautiful little angel! You were blessed to have her in your life. Now she will stay in your hearts. Her story is heartbreaking...She was so strong. Thanks for sharing it.
I hope you don't mind if I follow, to stay up to date with all the events! You are very special parents! :)

this story has touched me more then you will ever know. life is so precious. im so sorry for you lose of your sweet baby girl. i can't imagine what youre going through, but i love your blog and i think you are the strongest person i know. thank you for sharing your story.

Kendra. I work at your company, and I came across a flyer with your beautiful baby girl's picture. You are so brave. I cannot even begin to imagine going through something like this. My heart goes to you and your husband and your little Kenzie. Heavenly Father had another mission for her beyond this life, and she is now fulfilling that mission. Much love.

I stumbled upon this blog... and am grateful that I did. Thank you for sharing.

I am so sorry for your loss- your story brought tears to my eyes. I now know Makenzie's story and I will forever remember her.

Oh Kendra! My heart hurts for you and your sweet family...I literally have tears in my eyes. We lost our first sweet baby due to a cord accident, though our stories are different I do know the pain of losing a child. I'm so so sorry. It is so hard. You will be in my prayers!! Thank you for sharing your story.

There are no words that I can say that can convey my deepest sympathies. I am so very sorry for your loss, and thank you so very much for sharing your beautiful daughter and all the very tender thoughts and feelings you have.

I finished reading this with tears streaming down my face. Thank you for sharing your precious little angel with us. Please continue to hold on to each other and to God as you find your way through the rest of your lives. I will pray for you, and that a cure (or at least treatment) may be found for this horrible disease; I pray also that you will receive balm for your souls from the Healer of all. Blessings in Jesus' name.

I FOUND YOUR STORY QUITE BY ACCIDENT, BUT I'M GLAD I DID. I TOO LOST A CHILD 12 YEARS AGO ON THE 4TH OF JULY. MY HEART ACHED FOR YOU AS I READ YOUR STORY AND KNEW THE INTENSE PAIN THAT YOU ARE EXPERIENCING. I'M AM SO PLEASED WITH THE WAY THAT YOU SEEM TO BE DEALING WITH YOUR LOSS, BUT I ALSO KNOW THAT NO AMOUNT OF BRAVERY OR STRENTH CAN TAKE AWAY THE IMENSE EMPTINESS THAT COMES WITH A LOSS OF SOMEONE YOU HOLD SO DEAR. IT DOES SEEM THAT YOU HAVE FAITH...THAT WILL FILL YOUR VOID, IT WILL TAKE TIME AND PATIENCE, BUT I PROMISE YOU WILL BE ABLE TO COMFORT AND STRENTH BEYOND YOUR OWN THROUGH YOUR FAITH. I WOULD LOVE TO TALK TO YOU. FEEL FREE TO EMAIL ME AND I WILL GIVE YOU MY NUMBER. MY PRAYERS ARE WITH YOU AND YOUR FAMILY.

wow. where do i even start? what a story. what a horrible heartbreaking story. I am so sorry for your loss. Your little girl is absoluteley precious. I lost my little man nearly 2 years ago. Its hard. It stinks. But somehow some way, we keep going. We find new reasons to live. We find new ways to keep going. But we are never ever the same. You can email me if you want brittkunz@gmail.com. We have a great support blog if you are interested, I can add you, but I will need an email address for your invite.

Wishing you lots of love and strength. What a tragically beautiful story.

I'm so sorry for your loss. Your little one had such a strong spirit. There is a book called "The Message" by Lance Richardson. Anyone who has lost a loved one I think would find great comfort from this book.

Thank you for sharing your incredible story. Makenzie is so beautiful! We just got through having our little one in the NICU for 6 weeks. Like you, we were limited in holding, touching and interacting with her. It was a very difficult experience, and while we appreciated all that those tube and wires were doing to support our baby, we also loathed them and wished she could just be "free". Reading your story, I wanted to cry for you and your family. I think what you are doing in Makenzie's memory is so wonderful. Your family, and Makenzie are an inspiration to me.
Thank you.

What a beautiful life. Makenzie is a woman of great worth. Thank you for sharing. Thank you for having the faith to put this out there for strangers to read.

My mind won't let me comprehend such a terrible loss, but my heart is grateful that Makenzie had such loving parents to get her through her journey.

Kendra and Ryan,
I am so sorry for your loss. I have a 5 month old girl that it took us 3 years to conceive. Just as you were blessed to have Makenzie as your daughter, she was blessed to have you as well. I cannot imagine the pain you feel or the strength it took for you to be such amazing parents for your little girl. I will forever remember your family's story. You are truly an inspiration.

Wow - I just bawled through this blog entry. Thank you for sharing. You and your husband are amazing and strong and inspirational and Makenzie sounds like such a a strong little girl. Your reunion with her will be so, so sweet.

Wow - I just bawled through this blog entry. Thank you for sharing. You and your husband are amazing and strong and inspirational and Makenzie sounds like such a a strong little girl. Your reunion with her will be so, so sweet. 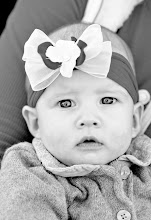 Hello! Welcome to our blog. This little girl above is Makenzie Rye. She was born July 18th 2009. Her parents are Ryan and Kendra. On December 13th 2009 our beautiful little girl passed away after a courageous battle with SMARD. Click HERE to learn more about her disease. Since Kenzie returned to heaven Ryan and I have decided our lives still and forever will revolve around our Makenzie. To continue her story we created MRW Live Laugh Breathe. We started with our very first annual fundraiser in July of 2010. It was amazing. We raised over $15,000 for SMA research. In December 2010 we helped collect over 1800 pairs of leggings to donate to the children’s hospital in SLC Utah. We have also participated in information booths and speaking engagements. This blog is to keep all of you up to date on the upcoming events!

To read more about HER STORY click on the tab above. 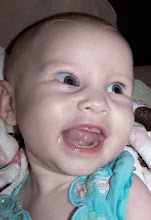